If you are a Windows Insider in the Fast ring, you can update to the Insider Preview Build 19577 by going into Settings -> Update & Security -> Windows Update and then checking for new updates. 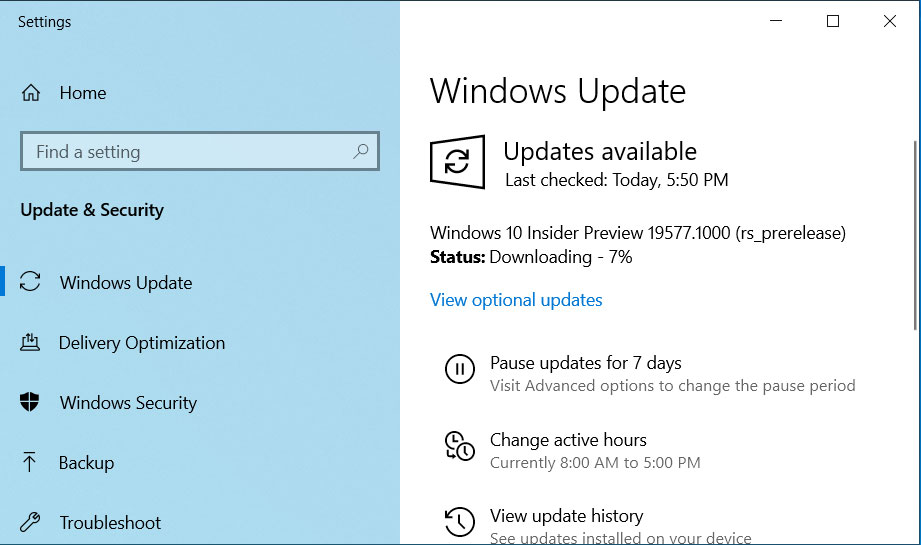 To see the full release notes and fixes for this Windows 10 insider build, you can read the blog post.

The most notable changes found in this new build released to Windows Insiders in the Fast ring are detailed below.

Microsoft is changing the labeling of their diagnostic options in the ‘Diagnostics & feedback’ settings.

The ‘Basic’ settings will now be labeled ‘Required’ and the current ‘Full’ option will be renamed to ‘Optional’.

If business users set their diagnostics setting to Option, Microsoft will be releasing new Group Policies that will allow you to have more granular control over what data is collected in your organization.

Microsoft has been releasing Fluent-based icons for various programs and apps such as File Explorer, OneDrive, Mail, Calendar, and Your Phone.

With this build, Microsoft is now releasing the new icon for Windows Security, which looks far nicer than the original in my opinion.

Other changes in this build include:

Is your dog anxious? Genes common to its breed could play a role | Science

Fri Mar 6 , 2020
Leo, a Norwegian buhund, hides under a bed during thunderstorm. Bill Douthitt/Science By Michael PriceMar. 5, 2020 , 11:55 AM Every Fourth of July, the thunderous crack of my neighbors’ fireworks is quickly followed by the wailing chorus of frightened dogs, including my own two mixed-breed pups. New research suggests […]