A new data wiper and info-stealer called EvilQuest is using ransomware as a decoy to steal files from macOS users. The  victims get infected after downloading trojanized installers of popular apps from torrent trackers.

While not common, ransomware has been known to target the macOS platform in the past, with KeRanger, FileCoder (aka Findzip), and Patcher being three other examples of malware designed to encrypt Mac systems.

Installs a keylogger and opens a reverse shell

Devadoss discovered that EvilQuest includes the capability to check if it’s running in a virtual machine (more of a sandbox check according to Wardle), and it features anti-debug capabilities.

The malware will connect to http://andrewka6.pythonanywhere[.]com/ret.txt to get the IP address of the C2 server to download further files and send data.

“Armed with these capabilities the attacker can maintain full control over an infected host,” Wardle said.

As Reed found after examining the ransomware, EvilQuest is dropped using infected installers wrapping legitimate software including but not limited to Little Snitch, Ableton, and Mixed in Key.

Even though the malicious .PKG installers downloaded from popular torrent sites are code signed and look just as any legitimate installer would when launched, they are distributed as DMG files and don’t have a custom icon, a warning sign that something is not quite right for many macOS users.

Reed also found that, in the case of one of the EvilQuest samples analyzed, the packages of compressed installer files include the pirated apps’ original installers and uninstallers, together with a malicious patch binary and a post-install script used to launch the installer and launch the malware.

EvilQuest also copies itself into ~/Library/AppQuest/com.apple.questd and creates a launch agent property list at ~/Library/LaunchAgents/com.apple.questd.plist with a RunAtLoad key set to true to automatically get launched whenever the victim logs into the system.

After gaining persistence on the infected device, EvilQuest launches a configured copy of itself and starts encrypting files appending a BEBABEDD marker at the end. 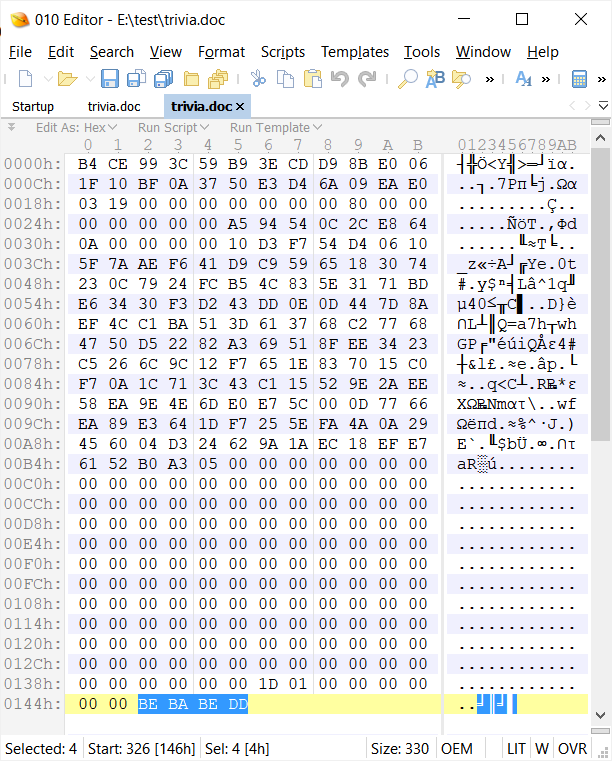 Unlike Windows ransomware, EvilQuest has issues starting to encrypt files. When it does, it isn’t picky.

It seems to be locking files randomly, generating various issues on the compromised system from encrypting the login keychain to resetting the Dock to the default look, and causing Finder freezes.

“Once file encryption is complete, it creates a text file named READ_ME_NOW.txt with the ransom instructions,” Wardle added, and it will also display and read a modal prompt using macOS’ text-to-speech feature letting the users know that their documents were encrypted.

The victims are asked to pay a $50 ransom in bitcoins within three days (72 hours) to recover their encrypted files and are directed to read a ransom note saved on their desktops.

Suspiciously, EvilQuest is using the same static Bitcoin address for all victims and does not contain an email address to contact after payment has been made.

This makes it impossible for the attackers to identify victims who paid the ransom, and for a victim to contact the ransomware operators for a decryptor.

Combining a static Bitcoin address with a lack of contact methods is a strong indication that the ransomware is a wiper instead.

Wipers, though, are usually used as a cover for some other malicious activity.

After analyzing the malware by BleepingComputer’s Lawrence Abrams, we believe that the ransomware is simply a decoy for the true purpose of this malware.

That is to search for and steal certain file types from the infected computer.

When the malware is executed on a Mac, it will execute shell commands that download Python dependencies, Python scripts disguised as GIF files, and then run them.

The tasks conducted by the above command are:

The p.gif file is a heavily obfuscated Python script, and we have not been able to determine what its functionality is.

Of particular interest in the above file is the comment:

The pct.gif file is not obfuscated and is clearly a data exfiltration script that steals files under the /Users folder and sends it to a remote URL.

When executed, this script will search for any files under the /Users folder that contain the following extensions

For any files that matches the search criteria, it will base64 encode the contents of the file and send it and the path of the file back to the threat actors Command & Control server.

To illustrate how this may look on the other end for the threat actor, BleepingComputer created a proof-of-concept script that accepted the requests from the above data-stealing script.

While our PoC only logs the contents of a file to our log file, it could have written each file to a folder matching the victim’s IP address.

One interesting feature of this script is that it will not transfer any files greater than 800KB in size.

Advanced Intel’s Vitali Kremez, who BleepingComputer shared the script with, agreed with our findings and pointed out that many of the searched file types are generally over 800KB in size.

What victims should do?

As you can see, the EvilQuest wiper is much more damaging than first thought, as not only will data be encrypted, but it may not even be decryptable if a victim pays.

To make matters worse, the malware will steal files from your computer that contain sensitive information that could be used for a variety of malicious purposes, including identity theft, password harvesting, stealing of cryptocurrency, and stealing private security keys and certificates.

If you were infected with this malware, you should assume any files that match the listed extensions have been stolen or compromised in some manner.

While it is not known if a decryptor can be made, users can install Wardle’s free RansomWhere utility, which detects EvilQuest’s attempts to gain persistence and allows them to terminate it once it starts locking their files.

Reed also says that Malwarebytes for Mac is capable of detecting this new macOS ransomware as Ransom.OSX.EvilQuest and will remove it from infected Macs.

At the moment, researchers are still looking into what encryption EvilQuest uses to encrypt its victims’ files and if there are any weaknesses in the encryption.

Wed Jul 1 , 2020
By Meagan CantwellJun. 30, 2020 , 8:00 AM More than 150 years ago, Charles Darwin was amazed by the explosion of angiosperms, flowering and fruit-bearing plants, in the fossil record: Four major families emerged in the span of just 10 million years, a mere 10 million years after the first […]