AMD recently released 20.5.1 Adrenalin 2020 Edition suite of drivers to beta testers and this update is solely focused on providing proper support for the Windows 10 May 2020 Update, also known as version 2004 and 19041.

In the release notes, AMD states that its 20.5.1 Adrenalin driver adds support for hardware-accelerated graphics scheduling, but the kicker is that feature isn’t available for all AMD GPUs.

The feature is currently available for Radeon RX 5600 and Radeon RX 5700 series graphics products only. For now, it appears that Ryzen or Vega owners will have to wait longer for Windows 10 May 2020 Update’s best feature.

The feature essentially allows GPU to manage its VRAM efficiently rather than relying on Windows 10 to do it. In a blog post, Nvidia confirmed that some users will benefit from increased performance and reduced latency in some games after enabling the feature.

After applying the driver update, you can turn on the feature by navigating to Settings > System > Display > Graphics Settings. 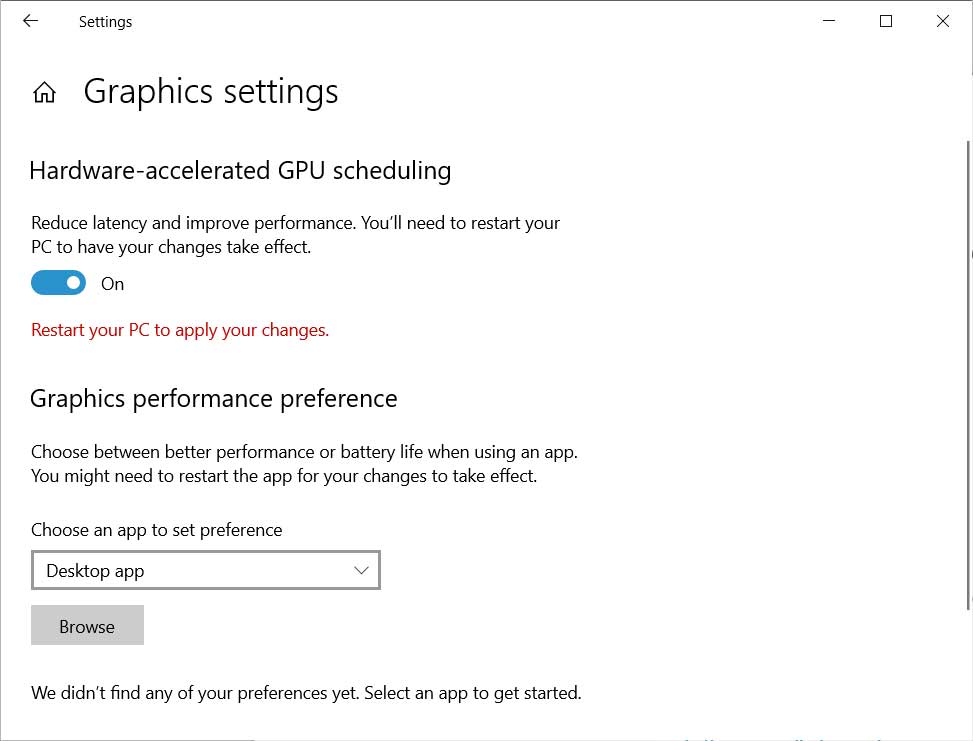 If you’re planning to get the beta driver to enable the new GPU feature, do not forget that there are also a raft of known issues in this update, which include performance issues when using Microsoft Edge to play video content on a multi-display system configuration.