A really simple fix for the Windows Defender alert that states items were skipped during a scan has been discovered and it involves just enabling network scanning.

Over the weekend, we reported that for the past few weeks Windows 10 users were receiving alerts stating that items were skipped when they performed scans using Windows Defender.

These alerts stated that “Windows Defender Antivirus scan skipped an item due to an exclusion or network scanning settings” but did not provide any further information as to what was causing it. 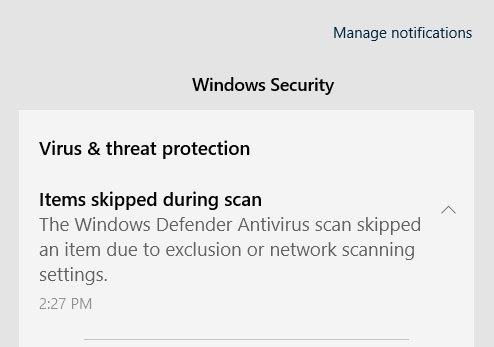